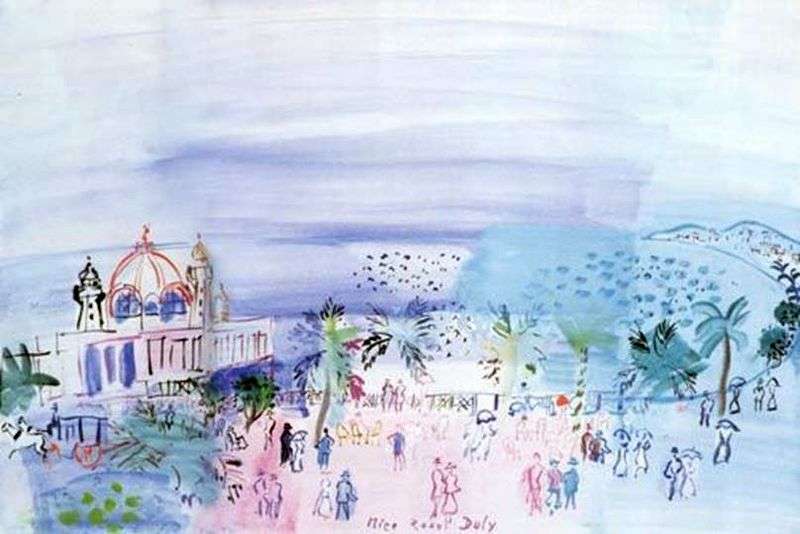 In Focus: A Violin by Pierre Gaggini, Nice 1936

Pierre Gaggini, Nice (1903-2006), had a long and illustrious career as a luthier, winning several medals and diplomas in international competitions, including a Gold Medal in Liege, Belgium in 1957. Reports of those who visited him encountered a short slender man of no little character immersed in a time capsule of a workshop. He used only traditional tools and methods passed down to him through his teacher and uncle Albert Louis Blanchi. Aside from a three year stint in Paris between 1924 and 1927, where during military service he found time to make violins for Louis Billotet, he lived and worked in Nice. He remained in the Blanchi workshop until 1934, before establishing his own workshop within his apartment in Rue Sainte Reparate in Nice’s old city, near the Opera. He continued to employ a Blanchi Model until 1942, which saw him begin to develop his own broader, more personal design.

The violin listed here was made in 1936, two years after establishing his own workshop and aged thirty-three. It is in a very pure state of preservation. Still heavily influenced by the Blanchi model, it is a little broader in the centre bouts and shows a mastery of execution expected of Gaggini, coming towards the height of his powers. The stylish scroll with a petit rounded eye and deeply carved volute reminds me somewhat of Degani’s better executions. A narrow, neatly carved chamfer leads to an open throat and demonstrates a freedom that has led Gaggini to be described as one of the most ‘Italian’ of French luthiers.

The arching is full, creating a beautiful warm sound quality. The purfling again is typically precise, meeting well into the corners with a small bee-sting. Narrow edgwork, slightly flattened into the corners of the centre bouts gives a sharpness to the rounded outline. Expertly cut f-holes have a gentle swing towards the bottom with the slender lower wings crisply hollowed and show a slight influence of the geographically close Turin school. A rich red amber varnish sits atop a golden ground that shows through attractively at the areas of gentle playing wear with a slight craquel, giving texture to the finish. Proudly stamped on the bottom rib and internally, and inscribed internally on the manuscript label with a confident, flourishing hand, this instrument is a premier example of Pierre Gaggini’s early independent work, showcasing the skill of the maker with all the confidence of his youthful energy and freedom.

With thanks to Pierre Allain.

The painting above, Casino at Nice, is by Raoul Dufy, working in Nice in the same year.

A link to a video of Pierre Gaggini in his workshop.

A link to the violin for sale on Maple Violins